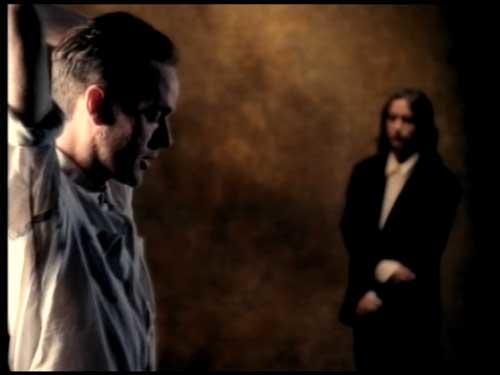 I once got clotheslined by one of a gang of my fellow "gifted" students chanting "R.E.M. sucks!" at a party in fifth grade (they were partial to Color Me Badd). I walked around school with the cassingle for this song in my pocket. I yelled at a friend of my mom's who asked who that awful band she saw on SNL was ("they had a mandolin..."). I almost wept with joy when they swept the MTV awards and laughed with conspiratorial glee as Michael Stipe revealed his political t-shirts. To paraphrase Chuck Klosterman, they told me that my perceived outcast status was a sign of my intelligence and sensitivity. At the very least, they were a Led Zep for the codpiece-phobic.